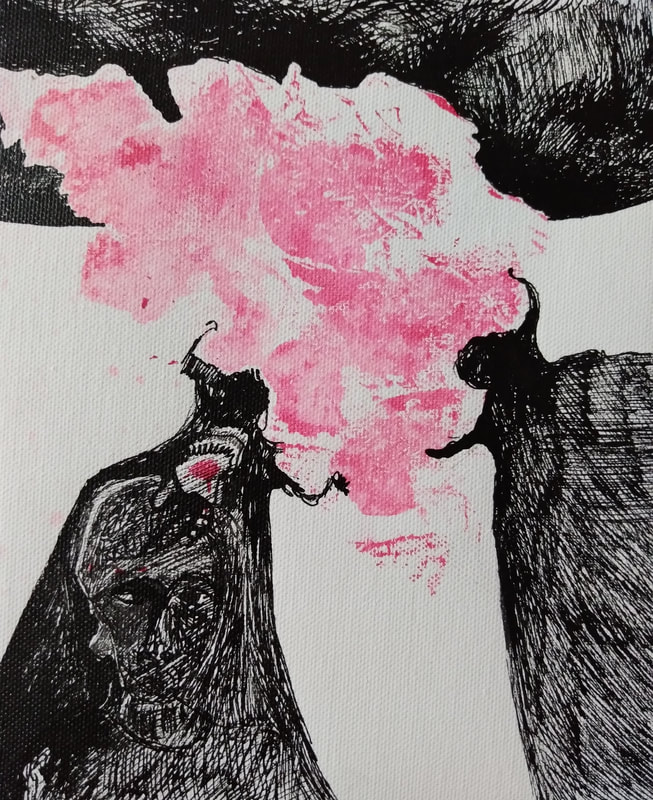 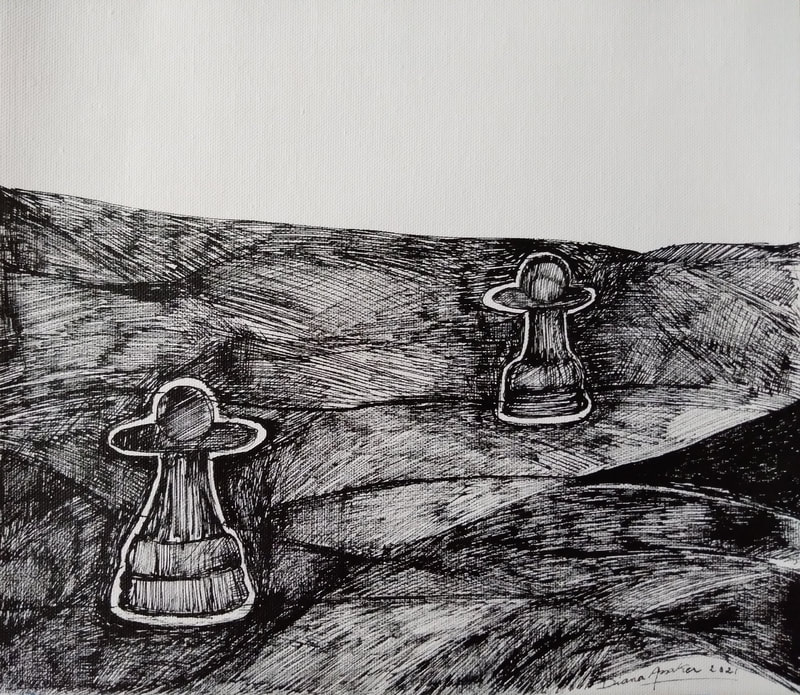 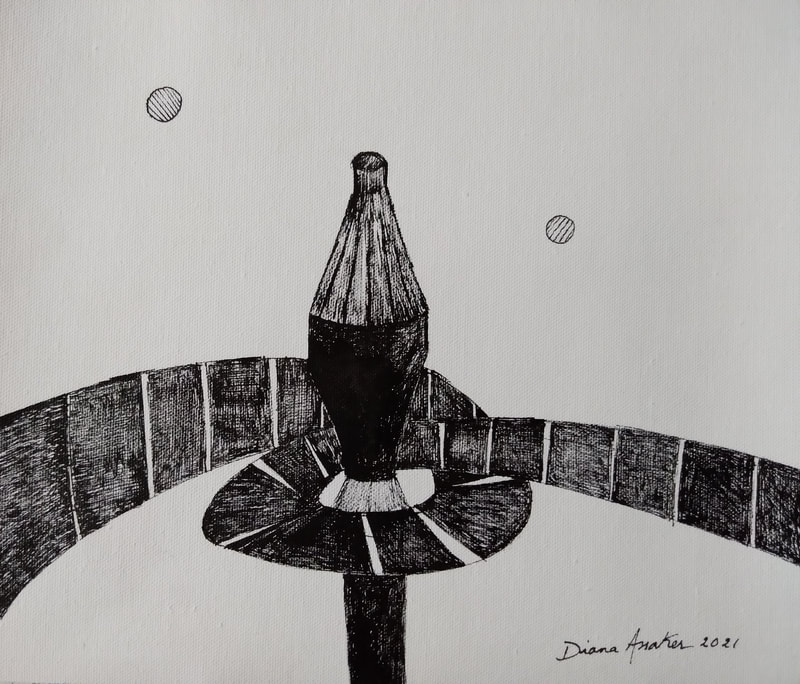 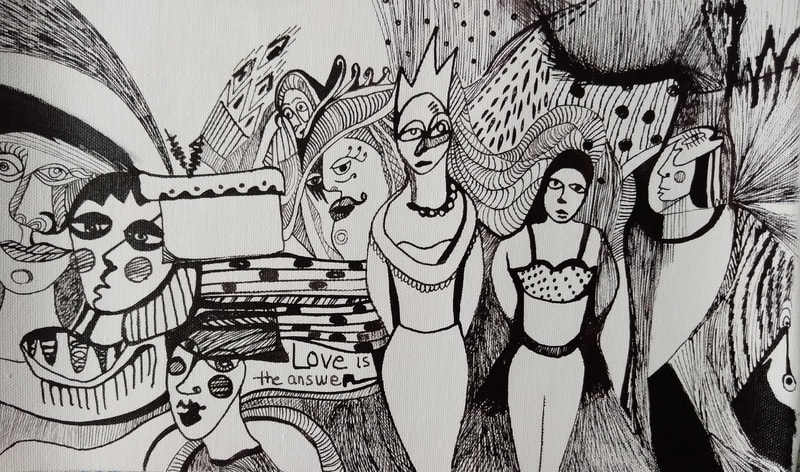 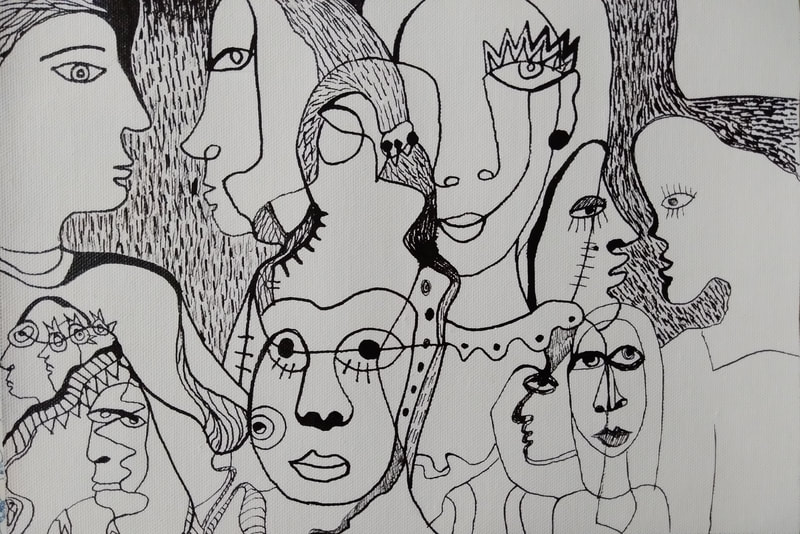 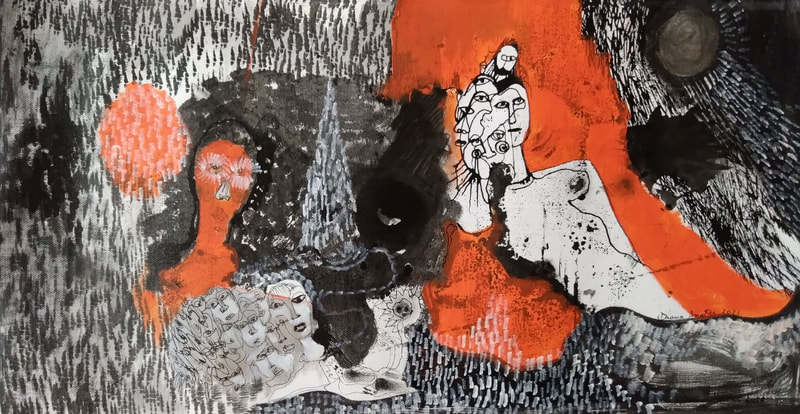 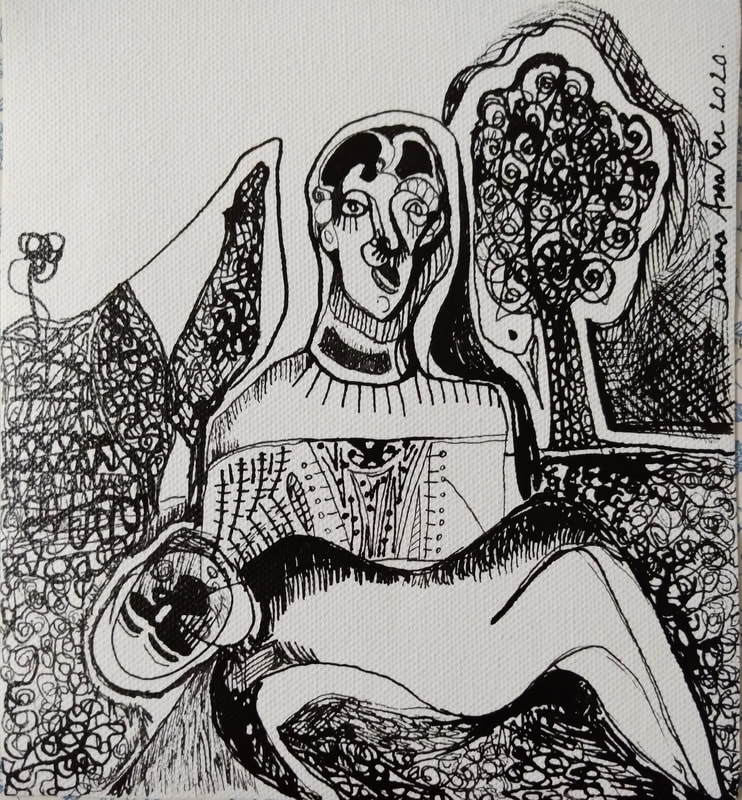 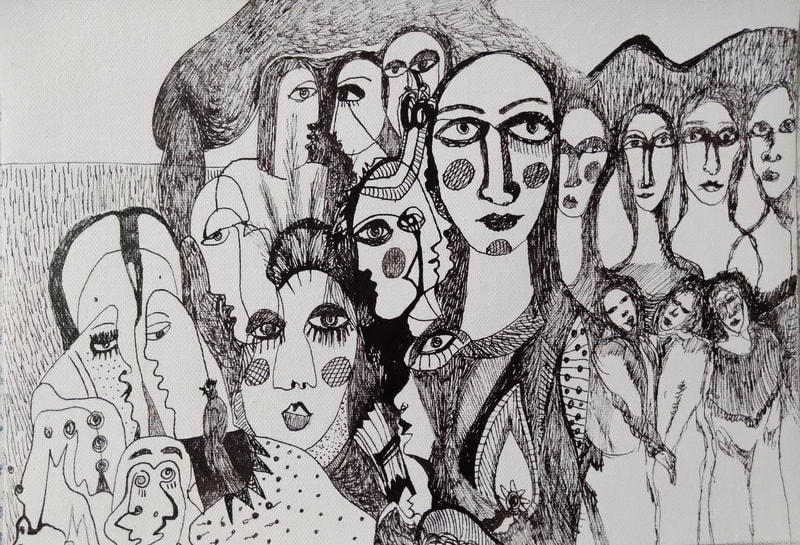 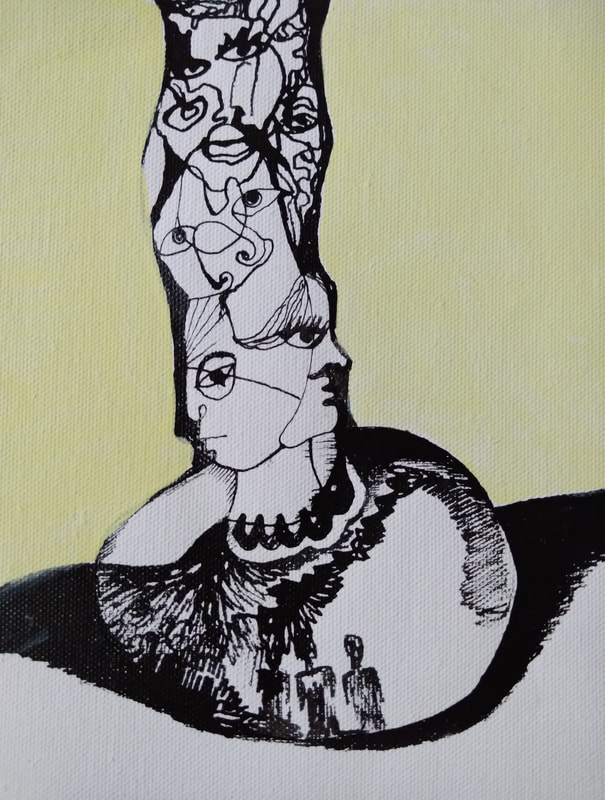 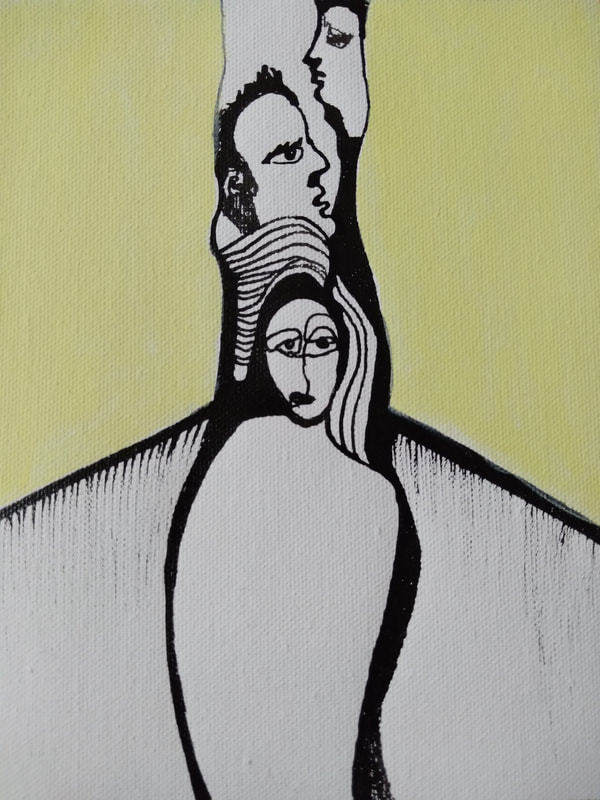 Diana Assaker is a Lebanese visual artist. She holds a Master’s 2-MFA- in painting from the Institute of Fine Arts and Architecture of the Lebanese University in Furn el Chebbak, as well as a License in Lebanese laws from UL. Diana has published several articles on the history of modern art, especially that of the Arab world, most notably in the prestigious "Annahar" and "elNashra" newspapers.

Diana's art juggles between the naïve and the conceptual, as these are what collide in her research interests. She works mainly with acrylic, ink and sometimes video, experimenting  with colors and shapes, especially symbols. Those symbols guide her creativity, crafting and reflecting on social political subjects.  “Emotional diary of war” is one of those examples, a video installation that was showcased both (2017) in Dissenters Gallery, London UK and in Digital art festival, Milan.

Diana's artwork has been showcased in several European and Arabs countries the latest being in Switzerland and Vienna in 2021. Most notably was the ink on canvas called “la Balade Libanaise”, which was inquired by Sultan Saoud Al Qassemi CEO Barjeel Art foundation in 2021.