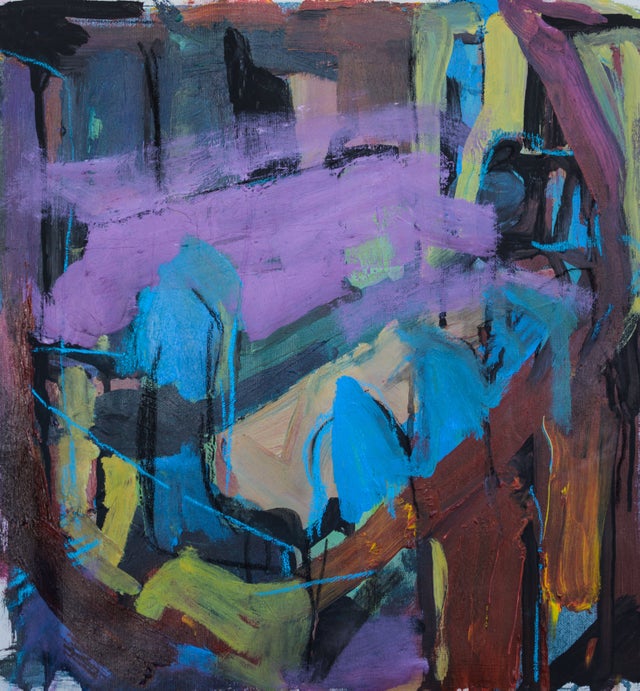 Chloe’s interest in intimate space was born out of a feeling of disconnection, a detachment from what would normally be described as a safe and grounding space: home. After much reflection as to the root of this disorder, it became clear to her that it was in fact religion (and the excess thereof). The way she chose to approach it was not by deciding what these figures meant to her nor by trying to understand anything per se, but by simply showing those figures in her paintings, exactly as they are: dominant. Later on, she explores a different side of this notion by removing all the religious elements in the room.